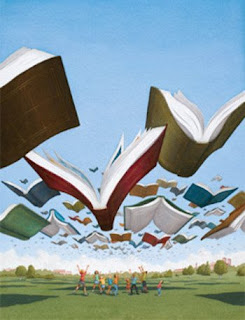 READING
Books I’ve read in the past few weeks that I haven’t gotten around to reviewing:

As I’ve noted, my reading hasn’t really dropped off so much as my reviewing has.I also need to change my rating system back to the usual 5 points rather than a 10 point system because it's much easier to integrate into other platforms.

WRITING
So I went to the NKOTBSB concert on the weekend and somehow managed amidst screaming my head off, to think up some good resolutions to some of the plot holes in my story that I’ve been worrying about. It’s amazing how the brain works. In case anyone was wondering, the concert was awesome. Took my right back to my high school years!

In other writing news, I am busily editing away on my MS, silently worrying that the voice isn’t strong enough. It’s hard not to put my own dry/sarcastic voice into all of my MCs so they all tend to walk on the bland side.

TV
I’ve exhausted the entire series of Bones so I’ve gone back to watching Gossip Girl re-runs and catching up on Hart of Dixie. Thankfully, less TV means I am not such a zombie and can get on with other things.

LIFE AS I KNOW IT
It hits winter in Australia next month even if it already feels like it. The annoying this is that it doesn’t get cold enough in Melbourne to give us any snow but living near the bay means there’s always an icy wind. I used to really hate winter but now I find that I am so much more productive when I know it’s horrible outside and I don’t need to be out in the sunshine.
Posted by Lan at Monday, May 21, 2012