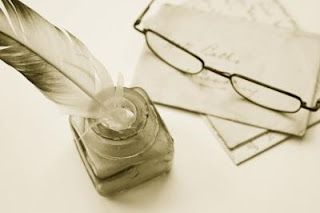 As a wannabe writer, one of my biggest challenges is to create characters that are both memorable and have a unique voice. At the moment, I'm finding it hard to disseminate one MC from the other. It's the same for my love interests. I think I just have too rigid an idea of what my perfect MC is and deviating from that formula even slightly makes me feel as if I'm betraying them somehow. Does anyone else have that problem at all? If I keep going the way I do, all my female MC's in every series I write will just be a clone with a different name and setting.
There are many writers who will say that their MC is not based on themselves at all. These people are lying. Both to their readers and to themselves. Even if a character is the complete opposite in gender and appearance to a writer, the writer's personality, morality and opinion will invariably show through the character's beliefs and actions. I'm not saying that all book characters are a writer's wish fulfillment, I'm just saying that writer's will write what they know, what they believe and what they wish for themselves in some way, shape or form.
Which is why my heroines tend to be small and on the very sarcastic side. I am also a huge believer in the strong female MC. This means that I am forever writing kick ass females who inadvertently have some kind of super power. Not that you need a super power to get out of trouble, but it helps. This leads me to think that I'm creating my own MC cookie cutter and I really want to break out of that mold. Alas, I don't know how.
Has anyone ever had this same problem? I keep getting all these ideas for new stories but my MC remains the same. Ideally, I'd love to write a paranormal with a girl who is a bit scatterbrained and not at all got her act together. But at the same time, she can't be stupid. That's not too much to ask is it?
Posted by Lan at Wednesday, January 11, 2012