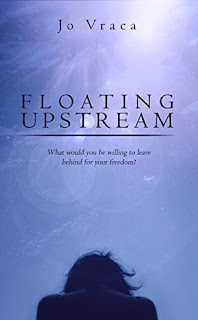 Julia Marconi has a simple dream—to get out of Goldburne, the stinking hot town in rural Australia, where she’s followed the rules her whole life. She dreams of adventures far away from her violent father whose only goal is to maintain his old world values in changing times. Julia longs for true love rather than the match “made” for her years ago.
Super spunk Robbie Ventura and the arrival of the Carnival add unseen complications to her life, just as she’s ready to settle in and stay out of trouble. It’s all so tantalising. Just a taste here and there won’t hurt. After all, she’s an excellent liar. So with her brother’s motto, “Don’t get caught,” stuck in her head, Julia tries to survive her senior year of high school. All she has to do is spend the last year of the 70s with her head afloat, despite the currents dragging her away from her goals.
But the town of Goldburne and her father have eyes and ears everywhere, and her parents’ plans for Julia don’t involve starting the new decade and new life in the city. A secret that spans three generations and a war could mean Julia ends up like Maria Gervase —knocked up and married by 18.

I’m finding it really difficult to put into words all of the things this story made me feel. And there were so many mixed feelings that Floating Upstream managed to evoke from the whole emotional spectrum. I thought the writing was quite serene and tied in really well with the title and theme of the river and the water being the place where Julia took refuge. The plot is quite slow but I feel like this was almost a reflection of the small country town lifestyle. Vraca paints an incredibly vivid picture of the monotony but also the tranquillity of Goldburne and as the story progresses the town itself almost becomes a character of its own.
The characters in Floating Upstream were well fleshed out and very imperfect which I found frustrating but also understood to be true to life. The story dealt with a number of social issues like violence and sexual freedom and as it was set in the 1970s, I had to keep reminding myself that the reaction I had to the behaviour of some of the characters was unreasonable for the social context of the book. I enjoyed Julia as the POV character and really felt for her trying to break free from her parent’s traditional values. In another time Julia could really have been a wild child but the expectations of her family and also the people of the town really weighed heavily on her. I liked that Julia made a lot of mistakes and she paid the dearly for some of them which doesn’t often happen in other contemporary novels. My only issue with Julia was that the only times I really felt as though she had agency was when she was going to meet Robbie for a late night encounter. Most of the rest of the time she would often think and say things but when it came down to it she didn’t really push the boundaries. This was most evident when she tried to ignore the arranged marriage her parents had set up for her and during those times when her father was violent and it almost seemed like she was having an out of body experience throughout when I would have liked for her to stick up for herself. Again though, this is probably my own perception being clouded by today’s standards.
Most of the other characters are well fleshed out and I enjoyed reading about them, although I wasn’t a huge fan of Robbie as the love interest and couldn’t really understand his appeal. Even if he was attractive, I just couldn’t get on board with the fact that they had literally no contact for months on end and he didn’t even have the decency to write to Julia even though she practically begged him to. Even if I discount the many double standards in their relationship, they just didn’t seem to have much in common and it felt to me like Julia was just someone Robbie was using to pass the time.
Overall, Floating Upstream was a really engaging read for me. I was invested in Julia’s struggle and loved the great description of the town and the slow paced lifestyle. If you’re looking for a great Australian read, why not give this a try?