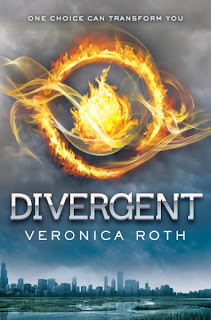 The Story:
Set in dystopian Chicago, Divergent tells the story of sixteen-year-old Beatrice or Tris as she later renames herself. Tris' world is divided into five factions, each embodying one particular virtue- Candor (the honest), Abnegation (the selfless), Dauntless (the brave), Amity (the peaceful), and Erudite (the intelligent).
Once a year, every sixteen-year-old is tested on their aptitude for each faction and is given a choice as to which faction they wish to join. For Tris the tests only confirm her fears that she is different. Divergent.
Torn between her Abnegation upbringing which tells her to be selfless and her natural instincts which want her to be brave, Tris risks everything and chooses to become Dauntless. During the following weeks of initiation, everything Tris knows about herself is put to the test and somewhere along she discovers that she is more than just the sum of her faction.


My Thoughts:
Let me dispel all the comparisons floating around the blogosphere right now and just say that for me, Divergent was nothing like The Hunger Games. Aside from the obvious dystopian theme and a strong female heroine, I thought the worlds were completely different. Tris' world seems less bleak to me despite the obvious oppressiveness of some of the faction's rules. The explanation of each faction is extremely vivid and I felt that for a while I was actually living in the darkness of the Dauntless compound training to be a Dauntless initiate.
Which brings me to my next point. Try not to be eating whilst reading this book because there is a lot of violence. I thought this aspect was very brave of the author. Normally in YA the fight scenes are semi-romanticized, but in Divergent it's all there page after page. And our heroine has a lot of it directed at her.
I'll be honest and say that I didn't know what to make of Tris to begin with. For the first half of the book, I found her to be dull to the point where I was kind of hoping that she was secretly some sort of cyborg. As the book progressed, Tris began to grow on me and I started to think that maybe her grey personality was a throwback from her upbringing in Abnegation. Slowly but surely, her reactions to the situations that she found herself in became surer and by the end of the book I was really rooting for her. I love a strong woman who will stick to her convictions and isn't always 'nice'.
I think the turning point in my dislike of Tris mostly happened because of her emerging feelings for her trainer Four. Four is without a doubt one of the most kick ass male characters in any book that I've read. Start running Mr Dimitri Belikov because you've got competition on your heels. It was so refreshing to read  about a romantic interest who has confidence in the heroine and believes in her ability. Four exhibits just the right amount of protectiveness without being overbearing and there is a depth to his character that speaks beyond his outwardly cold persona. The best thing about Tris and Four's budding romance is that there isn't another person getting in the way (read: I am over YA love triangles).
Overall, I really enjoyed reading Divergent and am curious to see where the author will lead us in the next book.

Rating:
8/10
What the?/Cover your eyes: Spoiler Alert
1. Did anyone else wonder where the trains came and went to?
2. I didn't understand some of the character's reactions sometimes. One minute Tris' dad is giving her a lecture about shooting people and the next he goes all commando....
3. I still have no idea what Divergent is exactly...
My image of Four:
Imagine Wentworth Miller minus 15 years and if you still can't see it, meh, it's Wentworth Miller! Sheesh. 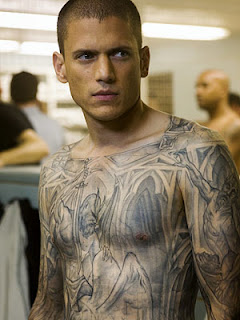 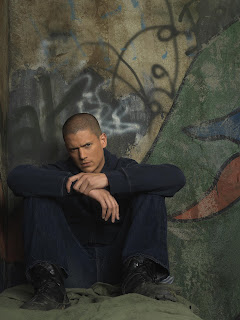 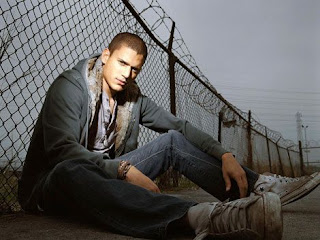 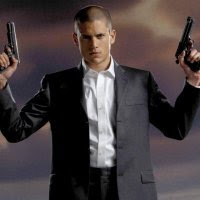