Calling All Would Be Beta Readers 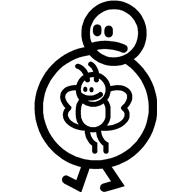 Hey All,
Am suffering from aspiring writer's angst at the moment and second guessing many things about my MS. So I thought I would turn to you guys and ask if anyone would be interested in doing a wee bit of beta reading for me.

You can read as much as you like and if you hate it, I won't mind in the slightest. In fact, if you do hate it, I would love your feedback even more. Here's a bit of a synopsis:

For seventeen-year-old Willow Atherton , fight or flight has always been a no brainer. Punch first, then smart ass yourself out of trouble later. Born with an unstable ability to generate electricity and raised on the mean street of City Square, Melbourne, it's little wonder that she could fight before she could read. If the fights happens in the dark however, she's less technokinetic badass and more teenage sobbing mess.
When the elite unit of law enforcers Willow works for is disbanded without explanation and forced to join the larger Peacekeeping Academy, Willow and her misfit band of psychic friends are given one directive: Shut up and move on. Willow's no stranger to following orders, sort of, but when they come from the man she believes is responsible for the death of her parents, all bets are off. It's too bad that man happens to be the Minister for Defence.
Willow can grit her teeth and ignore the hazing of the other officers but it's the dark eyed gaze of her gorgeous new partner and his order for her to stay out of his mind that disturbs her most.
Then psychics begin disappearing all over the city and a mysterious hooded figure haunts her every move. When the abductions hit too close to home, Willow must learn to control her power at all cost and overcome her debilitating fear of the dark before someone she cares about it killed.