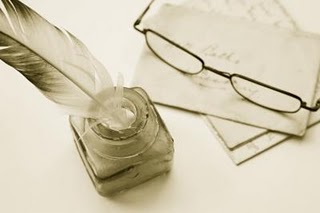 If you read my blog regularly (YOU ARE AWESOME!) erm...you will know that I am a die hard Vampire Academy fan. Having said that, I have been a heck of a lot bit resistant to pick up Bloodlines despite how much Ashley pimps it out. In theory, I should be lining up outside the bookstores, but for some reason, I just can't bring myself to care that much. At first I thought it was the not really liking Adrian thing and then I went to stay at my parent's place and saw my Buffy DVD collection in my old room and it finally hit me: I just don't subscribe to spin offs. Well, not at first anyway.
I had to be dragged kicking and screaming to watch the first few episodes of Angel and even then I wasn't too impressed. I love it now, but I had to be pretty heavily convinced to watch it at the beginning. Plus, I still cringe at the episodes where they did Buffy crossovers. It just didn't feel right that Buffy wasn't the central character. Especially in light of the whole apocalypse ending and Buffy supposedly saying no to helping Angel. WTF was that???
I think my problem is that I get way too invested in the characters in a specific series and it takes someone breakout to pique my interest in a spin off. Angel had Cordelia. Bloodlines has nobody I care about so far. Also, I find it really difficult to believe in the importance of a different MC when the central character in the original series was so strong. I mean, how significant could Sydney's life be when you consider the things Rose and Lissa did? If Richelle Mead had made Viktoria the MC, I would possibly have been interested because there could have been something to do with shifts in the way Dhampir communes are thought of. But I suppose Viktoria is too much like Rose for a spin off to really work.
Suddenly I feel like an old person who doesn't like change for the sake of it. What do you guys think? How do you feel about spin offs?